Set this page to

"As one of the important forces in driving global energy transition, China is committed to achieving a sustainable energy future by building a green, low-carbon and clean modern energy system,” said Yao Zhenguo,CEO of Siemens Energy Hub China. “The successful first fire of the H-class gas turbine we provided for China's largest CCHP project not only confirms Siemens' constant commitment to support China's energy transition, but also sets another good example of working side by side with our customer to steadily advance the progress of the project in this unprecedented situation." 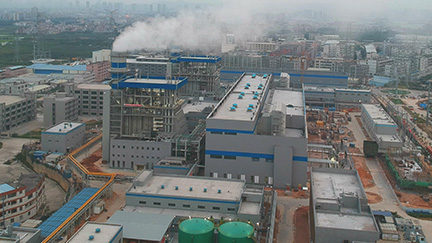 Wang Xin, chairman from Huadian Fuxin Guangzhou Energy Co., Ltd., said, "Zengcheng CCHP project is a key project of Guangdong Province's 13th Five-Year Plan. It’s a heavy task with a tight schedule. After fully considering the prevention and control of the epidemic, we, together with Siemens work hard to push forward the project and finally achieve a successful first fire. The success shows Siemens' rich commercially operating fleet experience and has laid a solid foundation for our cooperation in a wider field in the future. " 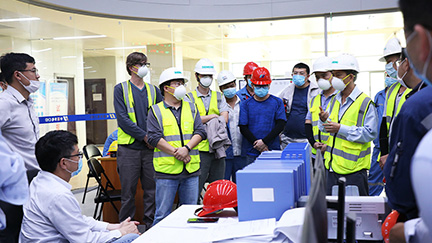 Siemens Energy’s H-class gas turbines are widely used in combined heat and power plants as one of the most efficient ways of converting fuels into usable energy. Up to now, the H-class turbine has been on the market for about a decade and exceeded 1.5 million fired hours of commercial operation. With almost 100 machines sold, the H-class turbine is one of the highest net efficiency, outstanding reliability and powerful gas turbine products currently in commercial operation.

China Huadian Corporation LTD is one of the five national power producers wholly owned by the state and regulated by the State-owned Assets Supervision and Administration Commission of the State Council. The main business includes power generation, heat generation and supply, coal and related technology services. In recent years, the company has thoroughly implemented the decisions and arrangements of the CPC and the State Council as well as the national energy industry strategy, accelerated structural adjustment, made efforts to improve quality and efficiency, deepened reform and innovation, and strengthened party building. The comprehensive strength has been continuously enhanced, and the status of the industry has been significantly improved. In 2019, it ranked 386 among the top 500 companies in the world.

Siemens Gas and Power GmbH & Co. KG is the global energy business of the Siemens group, which has been working with its customers on solutions for the evolving demands of industry and society for more than 150 years. With planned stock listing, Siemens’ energy business will operate independently as Siemens Energy in the future. It will offer broad expertise across the entire energy value chain, along with a comprehensive portfolio for utilities, independent power producers, transmission system operators, the oil and gas industry, and other energy-intensive industries. With its products, solutions, systems, and services, Siemens Energy will address the extraction, processing, and transport of oil and gas as well as power and heat generation in central and distributed thermal power plants, and power transmission and technologies for the energy transformation, including storage and sector-coupling solutions. The majority stake in Siemens Gamesa Renewable Energy will round out its future-oriented portfolio. With its commitment to leading the way in decarbonization of the global energy system, Siemens Energy will be a partner of choice for companies, governments, and customers on their path to a more sustainable future. With around 90,000 employees worldwide, Siemens Energy will help shape the energy systems of today and tomorrow. www.siemens.com.